Early in ministry I heard a well-respected pastor say, “If you’re going to be a shepherd, you have to smell like the sheep.” Often times pastors struggle to know exactly what their sheep (church members) need. We want to obey God in leading and teaching exactly what He has commanded, but at the same time we can’t help but wonder if we’re meeting the needs of those entrusted to our care.

The good shepherd knows his sheep. He doesn’t just recognize them as a group of people who are members of the congregation; but instead, he knows them personally. He spends time with them, listens to them, strives to meet their needs. He is a shepherd who confidently walks out in front of the sheep and leads them to still waters and green pastures. He is not a sheep dog that tries to frighten the sheep into going a certain direction. He is the shepherd who calls his sheep unto himself and they follow him because they know him and his love for them.

In his article “9 Heartfelt Things Church Members Would Like to Say to their Pastors,” Dr. Thom Rainer helps clarify how we pastors can better lead, feed, and know our sheep.

I am among the most blessed men in the world. God has graciously saved me and sustained me. I have an incredible family. The place and ministry where I serve vocationally is a gift from God.

And then, as if I should be blessed even more, God has allowed me to serve and hear from church leaders across the world. In this article, I share some insights I heard from church members via social media, emails, blog comments, and personal conversations.

The following nine statements are heart matters for many church members. For the most part, these members are not the perpetual critics and the business meeting naysayers. These are men and women who truly love their pastors. But many of them do have some words from the heart they would like to share with their pastors. But many are reticent to do so, because they know their pastors often receive criticisms and inordinate demands for attention.

So, hear these heartfelt words from church members who love their pastors, from men and women who truly desire the best for them.

Pastors, your task is not easy. Indeed, it is impossible without Christ’s strength. You have many church members who love you. They are often the silent members and, thus, the disregarded members. Hear these words from healthy church members that you might be even a better pastor to them.

My blog post this coming Saturday: “Nine Heartfelt Things Pastors Would Like to Say to Their Church Members.”

As teachers of the Bible we have an awesome responsibility. We cannot afford to take this calling lightly. In the following post Chuck Lawless gives us eight commitments that every teacher of the Word of God should set as a goal.

I love teaching, especially when I’m privileged to lead studies from the Word of God. To be frank, though, teaching frightens me. It frightens me because teachers will be held to a stricter judgment (James 3:1). We have great responsibility, and with that responsibility comes accountability.

I am surprised, though, how little attention churches give to securing Bible study leaders and holding them accountable. Below are eight covenant commitments I would want them to affirm as they serve in the local church: 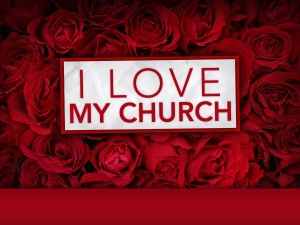 This is a great post by Thom Rainer on how to make guests more comfortable when visiting your church.

I was their church consultant in 2003. The church’s peak attendance was 750 in 1975. By the time I got there the attendance had fallen to an average of 83. The large sanctuary seemed to swallow the relatively small crowd on Sunday morning.

The reality was that most of the members did not want me there. They were not about to pay a consultant to tell them what was wrong with their church. Only when a benevolent member offered to foot my entire bill did the congregation grudgingly agree to retain me.

I worked with the church for three weeks. The problems were obvious; the solutions were difficult.

On my last day, the benefactor walked me to my rental car. “What do you think, Thom?” he asked. He could see the uncertainty in my expression, so he clarified. “How long can our church survive?” I paused for a moment, and then offered the bad news. “I believe the church will close its doors in five years.”

I was wrong. The church closed just a few weeks ago. Like many dying churches, it held on to life tenaciously. This church lasted ten years after my terminal diagnosis.

My friend from the church called to tell me the news. I took no pleasure in discovering that not only was my diagnosis correct, I had mostly gotten right all the signs of the impending death of the church. Together my friend and I reviewed the past ten years. I think we were able to piece together a fairly accurate autopsy. Here are eleven things I learned.

Though this story is bleak and discouraging, we must learn from such examples. As many as 100,000 churches in America could be dying. Their time is short, perhaps less than ten years.

What do you think of the autopsy on this church? What can we do to reverse these trends?

Over the years I have heard many different illustrations on being a good leader. Using examples from everyday life helps to clarify the role of a leader. I think “Five Leadership Insights from a Firefighter” by Chuck Lawless is a perfect example of taking a real-life experience and applying spiritual truths. His example emphasizes the importance of a unified team.

A leader may have different responsibility than those serving with him; however, they are each an equal part of one team. They are connected like fingers to a hand and must recognize the importance and necessity of the other if they are to succeed. Often times the leader of the group gets the most recognition; nevertheless, a great leader knows how react to praise in such a way that no one on the team is jealous or feels slighted.

I have had several friends who were firefighters, and I think Dr. Lawless does a fantastic job of describing the relationship between firefighters. He also challenges church leaders to create a team of many members who form one cohesive unit working together to accomplish one purpose—making disciples.

My father was a volunteer fireman when I was a boy, and I have vivid memories of his responding to emergencies when the signal sounded. On several Halloweens I dressed as a fireman. In a somewhat odd scene, our family sometimes shared lunch at the scene of a “practice” fire when the fire department burned down dilapidated buildings.

Following in my dad’s firefighting boots, I became a volunteer firefighter in my late 40s. Little did I realize how much I would learn about church leadership by serving with that team of first responders. Here are just a few of those insights.

1. Firefighters recognize the urgency of their role. The signal sounds, the details are given, and the firefighter springs into action. He must be focused on the task at hand, for a distracted firefighter is a dangerous one. In fact, everything else stops until he returns from dealing with the emergency.

I wish that were the case with all church leaders. We have the life-giving message of Christ to proclaim to the world. The signal has already sounded, and we know the details of the emergency—millions die every year without Christ. What would happen if we really recognize the emergency and prioritize evangelism again?

2. Firefighters understand the value of teamwork. From the truck driver to the pump operator to the Rapid Intervention Team (ready at any moment to rescue a fallen firefighter), every firefighter is critical to the team. More importantly, the other firefighters recognize that fact. They are trained to watch each other’s back, seldom if ever facing a raging fire alone. The best firefighters, in fact, are those that are both trained and trusted like brothers.

Church leaders, on the other hand, tend to be lone rangers. Not only are we not trained to be team players, but we also often don’t even trust one another enough to work together. Sometimes we’re simply too arrogant to ask for help. The danger is clear: church leaders who work alone are the most liable to being shot down in the spiritual battle that ministry entails.

I am a seminary professor, but training future ministers requires the support of the local church. We can provide head knowledge, but we can’t offer needed practical training apart from a church where praxis occurs under the care of a veteran pastor. Yet, church leaders are seemingly so busy that they have little time for this task.

4. Firefighters love what they do. Firefighters love the exhilaration of tackling and defeating a fire. Actually, they love the fire station, the fire trucks, the fire equipment, the firefighter uniform, their firefighting squad – almost everything associated with their task. They risk their lives every time the signal sounds, but they do so because they believe in what they are doing. They know that lives depend on them.

Perhaps here is where I am most concerned about young church leaders. Young leaders recognize that the North American church is in need of much reformation. We are reaching few non-believers, and church members sometimes live so much like the world that non-believers see the church as irrelevant. Some young leaders view the church in such a negative light that they find themselves trying to change a church they don’t love. That kind of leadership is quickly draining.

5. Firefighters serve proactively. Their role is to respond to fires, but that’s not the entirety of their role. Firefighters also educate the public on fire prevention. They visit local schools to teach children about fire safety. They enforce local codes to prevent open flames. In general, firefighters are always leading proactively so they won’t have fires to put out.

Good church leaders lead that way, too. They cast vision and build teams. They proactively make disciples. They know that if their leadership is only reactionary, the church will not move forward. In fact, they know that kind of leadership is not leadership at all.