This was written by Robertson McQuilkin six years after stepping down as president of Columbia Bible College and Seminary to care for his wife, Muriel, who suffers from Alzheimer’s.

Seventeen summers ago, Muriel and I began our journey into the twilight. It’s midnight now, at least for her, and sometimes I wonder when dawn will break. Even the dread of Alzheimer’s disease isn’t supposed to attack so early and torment so long. Yet, in her silent world, Muriel is so content, so lovable. If Jesus took her home, how I would miss her gentle, sweet presence. Yes, there are times when I get irritated, but not often. It doesn’t make much sense to get angry. And besides, perhaps the Lord has been answering the prayer of my youth to mellow my spirit.

Once, though, I completely lost it. In the days when Muriel could still stand and walk and we had not resorted to diapers, sometimes there were “accidents.” I was on my knees beside her, trying to clean up the mess as she stood, confused, by the toilet. It would have been easier if she weren’t so insistent on helping. I got more and more frustrated. Suddenly, to make her stand still, I slapped her calf–as if that would do any good. It wasn’t a hard slap, but she was startled. I was, too. Never in our forty-four years of marriage had I ever so much as touched her in anger or in rebuke of any kind. Never, wasn’t even tempted, in fact. But, now, when she needed me most…

Sobbing, I pled with her to forgive me–no matter that she didn’t understand words any better than she could speak them. So I turned to the Lord to tell Him how sorry I was. It took me days to get over it. Maybe God bottled those tears to quench the fires that might ignite again someday.

Recently, a student wife asked me, “Don’t you ever get tired?”

“No, I mean tired of…” and she tilted her head toward Muriel, who sat silently in her wheelchair, her vacant eyes saying, “No one at home just now.” I responded to Cindi’s question, “Why no, I don’t get tired. I love to care for her. She’s my precious…”

Love is said to evaporate if the relationship is not mutual, if it’s not physical, if the other person does not communicate, or if one party doesn’t carry his or her share of the load. When I hear the litany of essentials for a happy marriage, I count off what my beloved can no longer contribute, and then I contemplate how truly mysterious love is.

What some people find so hard to understand is that loving Muriel isn’t hard. They wonder about my former loves–like my work. “Don’t you miss being president?” a student asked as we sat in our little garden. I told him I’d never thought about it, but, on reflection, no. As exhilarating as my work had been, I enjoyed learning to cook and keep house. No, I’d never looked back.

But that night I did reflect on his question and turned it to the Lord. “Father, I like this assignment, and I have no regrets. But if a coach puts a man on the bench, he must not want him in the game. You needn’t tell me, of course, but I’d like to know–why didn’t you keep me in the game?

I didn’t sleep well that night and awoke contemplating the puzzle. Muriel was still mobile at that time, so we set out on our morning walk around the block. She wasn’t too sure on her feet, so we went slowly and held hands as we always do. This day I heard footsteps behind me and looked back to see the familiar form of a local derelict behind us. He staggered past us, then turned and looked us up and down. “Tha’s good. I likes ’it,” he said. Tha’s real good. I likes it.” He turned and headed back down the street, mumbling to himself over and over, “Tha’s good. I likes it.”

When Muriel and I reached our little garden and sat down, his words came back to me. Then the realization hit me; the Lord had spoken through an inebriated old derelict. “It is you who is whispering to my spirit, ‘I likes it, tha’s good.’” I said aloud. “I may be on the bench, but if you like it and say it’s good, that’s all that counts…”

I think my life is happier than the lives of 95 percent of the people on planet Earth.

The vast majority of what a pastor does on a weekly basis is not measurable.  Because he cannot see immediately how a sermon has affected those listening, there is always the added challenge of being content with preaching the Word in complete obedience to Jesus. When there is numerical growth or obvious spiritual maturity taking place it is easy to assume your efforts are being blessed by God. However, when these measurable marks are not seen a pastor’s resolve is tested as to whether he will find the same joy in obedience, or if frustration will set in for a lack of perceptible success.

Timothy Keller clarifies the struggle pastors face in a world where numbers are everything in his article, “Hypocritical Leadership.”

Perhaps the greatest dilemma of the pastor – or any Christian leader – is the danger of hypocrisy. By this I mean that, unlike other professionals, we as ministers are expected to proclaim God’s goodness and to provide encouragement at all times. We are always pointing people toward God in one way or another, in order to show them his worth and beauty. That’s the essence of our ministry. But seldom will our hearts be in a condition to say such a thing with complete integrity, since our own hearts are often in need of encouragement, gospel centeredness, and genuine gladness. Thus, we have two choices: either we have to guard our hearts continually in order to practice what we are preaching, or we live bifurcated lives of outward ministry and inward gloominess.

In this way, the ministry will make you a far better or a far worse Christian than you would have been otherwise. But it will not leave you where you were! And it will put enormous pressure on your integrity and character. The key problem will be preaching the gospel while not believing the gospel. As ministers, we must be willing to admit that ministerial success often becomes the real basis for our joy and significance, much more so than the love and acceptance we have in Jesus Christ. Ministry success often becomes what we look to in order to measure our worth to others and our confidence before God. In other words, we look to ministry success to be for us what only Christ can be. All ministers who know themselves will be fighting this all their lives. It is the reason for jealousy, for comparing ourselves to other ministers, for needing to control people and programs in the church, and for feeling defensive toward criticism. At one level we believe the gospel that we are saved by grace not works, but at a deeper level we don’t believe it much at all. We are still trying to create our own righteousness through spiritual performance, albeit one that is sanctioned by our call to ministry.

I read about a young man who was determined to win the affections of a lady who refused to even talk to him anymore. He decided that the way to her heart was through the mail, so he began writing here love letters. He wrote a love letter everyday to this lady. Six, seven times a week she got a love letter from him. When she didn’t respond, he increased his output to three notes every twenty-four hours. In all, he wrote her more than seven hundred letters. And she ended up marrying the postman.

Our plans don’t always turn out the way we thought they would. We work so hard to get everything just the right way; nevertheless, things have a habit of going a different direction than we could have ever imagined. It can make life challenging or frustrating depending on your outlook.

I have found the best way to face the uncertainty of life is to trust my entire day to the Lord. Proverbs 16.3 says, “Commit your work to the LORD, and your plans will be established,” and then He continues the thought in 16.9 “The heart of man plans his way, but the LORD establishes his steps.” If I commit my entire day to the Lord by asking Him to guide my plans, thoughts, decisions, actions, and reactions then I find life less frustrating and more enjoyable. Situations still arise that are difficult to handle; however, because I have trusted them to the Lord I know that He is guiding me through them.

Lord, will You please guide our steps today. Let us seek You that we might recognize Your perfect plan for our day, and no matter what may come we live it for Your glory. Amen. 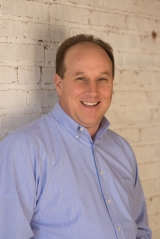