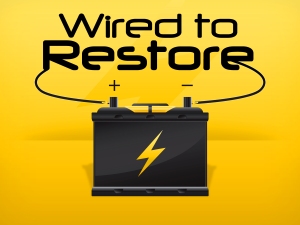 As leaders, there are times we have to make difficult decisions on how to address the mistakes, weaknesses, or shortcomings of others. After taking time to pray and think through the situation, we still find ourselves struggling with how to approach the other person in just the right way. We want them to know how important they are; however, their actions are hurting others and must be dealt with.

“The Power of the Negative” is a post which Dr. Thom Rainer calls attention to our need to have a healthy balance when using negative reinforcement.

I often turn to Brad Waggoner for leadership advice and wisdom. He serves as executive vice president of LifeWay and, previously, as dean of a graduate school of leadership. He provides me a gentle reminder from time to time on, to use his words, “the power of the negative.”

Indeed I often have to remind myself of this leadership principle.

The principle is simple but profound: Negative reinforcement has 20 times or more power than positive reinforcement.  At first glance, a leader may conclude that speaking and leading negatively is the best path since it is so powerful. To the contrary, unless used wisely, negative words and leadership can demoralize, demotivate, and destroy because of its very power.

While there is a place for negative leadership, it must be used with the greatest of care and discernment.

Examples for All of Us

We all experience the power of the negative, either as givers or recipients. See if you can identify with any of these examples:

A Time to Tear Down, A Time to Build Up

Many of us are tempted to exercise the power of the negative too frequently. When we are negative about some other person and event, we are able to look away from ourselves and our own weaknesses and failures. It’s easier to the point the finger of accusation at someone other than ourselves.

Further the power of the negative can be tempting because we often get attention when we do so. I can point to one example clearly on this blog. The article that has received the most views was a negative article I wrote on Jerry Sandusky and the Penn State child sex abuse scandal. I am convinced and convicted that the article was appropriate and timely. But I must ever keep in mind the power that negativity has.

The Power of the Negative and Discernment

The Apostle Paul said these words to a church 2,000 years ago, and they still apply to us today: “Therefore encourage one another and build each other up as you are already doing” (1 Thessalonians 5:11, HCSB). There are indeed times when a prophetic or negative word is in order. There are moments in any leader’s lives, whether a parent, pastor, or president, that the power of the negative should be exercised.

But it should be exercised with wisdom and discernment.

And it might just change the world for good.

1 thought on “The Power of the Negative”